Menu
ADD ME TO EMAIL LIST
• • •  YOU ARE INVITED  • • •
to our Earth Oneness Ceremony
(explained at the bottom of this page)
free –  via the Internet
Saturday, April 7,
to give thanks to Earth and support it in balancing its energetic functioning 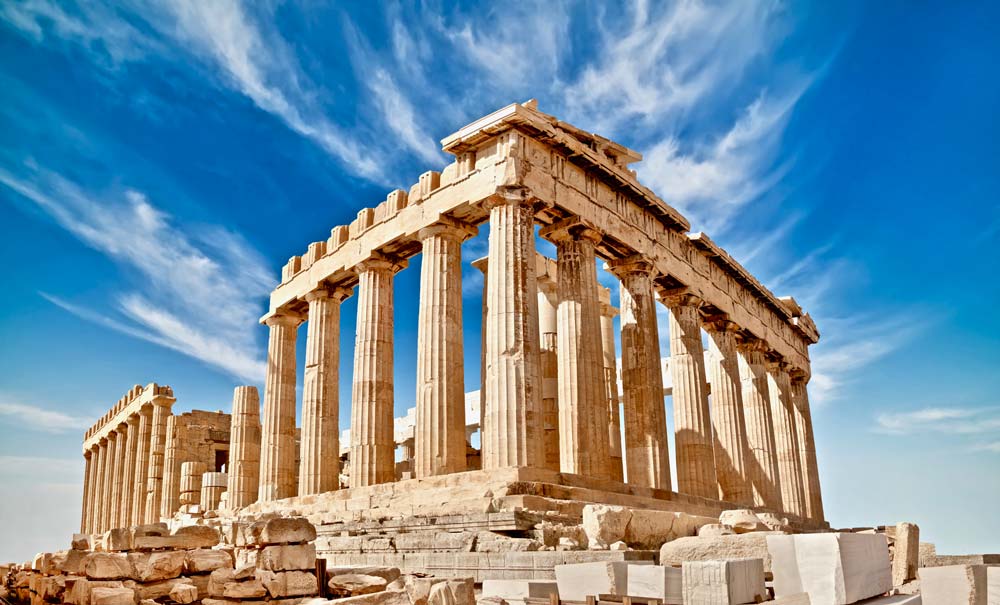 Marc Peridis will be our “sandals on the ground.”
JOIN US VIA THE INTERNET

Our next Earth Oneness ceremony will take place on the site of the most familiar Architectural structure in Greek Mythology, the Parthenon Acropolis, built in dedication to the goddess Athena.

Whilst the current structures date back to 447 BC, they would have been built as replacements to the original temples created over 8000 years ago which had later been destroyed by the Persians.

When Greeks create sacred monuments, they believe the site or land is already holy and imbued with the spirit of a particular deity before the temple is built. The shrine is then created not only to honour that deity but also amplify and intensify its presence and spirit on the land. In this case, the site is dedicated to the Goddess Athena who represents the highest order of spiritual development and the gifts of intellect and understanding. Pure in body, mind and heart, Athena is the symbol of the universal human aspiration for wisdom.

Over the centuries, the temple has been a Christian church, a Turkish mosque and was later sold to a British Lord who would have famously sent the statues to the British Museum in London.

****  TO JOIN ****
Click here to join via Zoom * or copy-paste: https://zoom.us/j/492441190
The first time you join a Zoom meeting, you will receive instructions to download a short app as a part of the joining process, thus enabling you to join this and future meetings.
Sign in about 10 minutes before the beginning time.

Earth is the name I give to the conscious, intentional Earth Being and the physical, atom-molecule planet functioning as One.

Ley lines are a network of energy currents across the entire surface area of the planet. These energy currents are a part of the Earth Being’s energetic structure and its main way of connecting with this planet and managing the physical planet’s functioning, such as tectonic plate movement.

The purpose of  the Earth Energy Project is to energetically support the Earth Being’s effectiveness in managing via the ley lines the planet’s functioning.

The public parts of the Earth Energy Project are the Earth Whisperings and the Earth Oneness Ceremonies, as described below.

The originators of the Project are Marc Peridis and myself, Kenneth Ray Stubbs. Marc is based in Barcelona, Spain and is a sacred-space interior designer around the world. I live in the Sonoran Desert in the US and teach courses on energy and transformation via the Internet.

Whispered Earth: Gavdos and eastern Crete islands in the Mediterranean
(view from Gavdos) 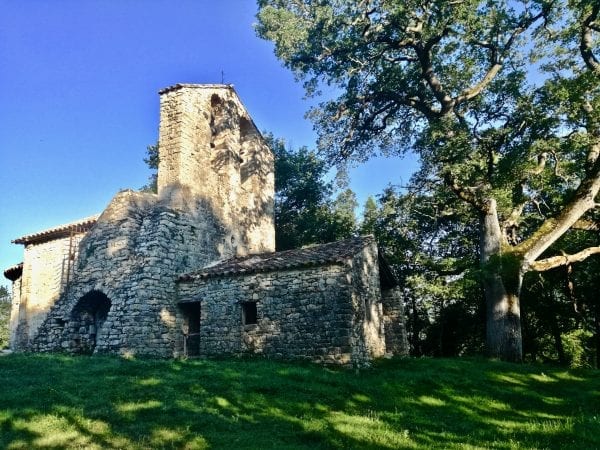 After a number of years of doing ceremonies focused on the Earth at various “power spots” as well as during solstice and equinox times, my perceptions led me to an understanding that the energy flows in the ley lines are in some places under-intense, in some places over-intense, and in some places the flow is inconstant.

In general, the more balanced and the greater the energetic intensity of the energy flows in the Earth Being’s ley lines, the more livable are the conditions for plants, animals, and humans on the Earth. By supporting the Earth, we support ourselves. 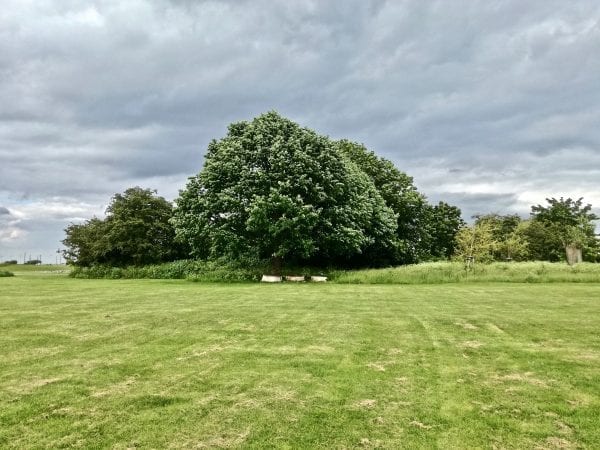 For the actual Earth Whispering, Marc Peridis goes to a land area on the planet that I have “read” as having unbalanced ley-line energy flows. (He is the “sandals on the ground.”) He meditates on the land and chooses a specific place to bury a Whispered Crystal (a clear quartz pyramid or sphere).

While he is on the land and I am in my home (I am quadriplegic), we connect via the Internet. (Everyone is invited.) We then do a 2-part Earth Whispering ceremony. In the first part I focus on being One with the energies on that land and support the Earth Being in generating a “whirling vortex sphere” that encompasses both above and below the land surface, including the ley lines. This vortex is what helps to balance the energy flows through the ley lines.

In the second part, Marc, any other people there, and I focus on Oneness with Earth. (The benefits of this Earth Oneness Ceremony are described in the section below.)

The whole ceremony is for about 30 minutes.

Thus far, we have given Earth Whispering ceremonies at these places:
1. Gavdos and Crete islands in the Mediterranean
2. North Sea area, with the actual ceremony near Copenhagen
3. The eastern Pyrenees in Spain and France
4. St. Lawrence River area in eastern Canada, including the upper northeastern US
5. Monte Alban, the abandoned sacred site in the nearby mountains just above Oaxaca, Mexico.

We are now inviting everyone to join via the Internet. They are free and open to anyone — as a way of giving thanks to Earth and also supporting transforming ourselves.

To be notified of these ceremonies, please sign up for my Earth-Wind-Water-Fire Newsletter here. 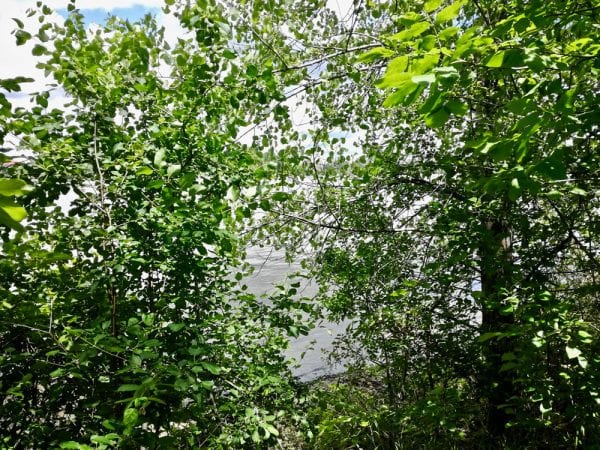 Symbolically, the Earth Oneness Ceremony is a way for us to give thanks to Earth. At its core, however, this ceremony is a transformation ceremony for both Earth and the ceremony participants. TRANSFORMATIVE BENEFITS FOR EARTH: The Earth Being has available during the ceremony more resources to transform (“heal”) the physical planet. When we go into the energetic space of Oneness with the Earth Being, our energetic abilities, our energetic intensity, and our vibrational knowingness of how to transform/heal (that is, our energetic tools, energy, and knowledge) become available to the Earth Being to transform the physical planet, mainly via the ley lines.    •  The main effect from this is the ground composition becoming more suitable for the well-being of plants and thus the food chain up to animals and humans. TRANSFORMATIVE BENEFITS FOR THE CEREMONY PARTICIPANTS: 1. Each of us receives an extensive increase in our energetic intensification (that is, a lot of energy) 2. Each of us begins a 2-3-day transformational (healing) process for whatever is up next for each of us in our physical-emotional-mental-spiritual development and growth! •  •  •  •

Anyone is welcome to host such a ceremony at a place of your choosing. You will need to 1. go there physically and 2. have a device that enables Internet video and audio connection to that area. Please contact me if you are interested.

We invite everyone to join us via the Internet for the next Earth Oneness Ceremony. They are free and open to anyone. To be notified of these ceremonies, please sign up for my Earth-Wind-Water-Fire Newsletter here.